Firstly the NEBA Team (Martin Barkwill, Keith Gill, Mike Snowdon & me) would like to thank all the folks that made the effort to attend our first live event since lockdown.

62 players dusted off their dice & set their clocks – former champions Alastair Woods, Tim Cross & Simon Jones may even have polished their checkers – in readiness to compete for the Newcastle Open 2021 title. Team Scotland having secured the relevant visas travelled south across the border so it was a pleasure to welcome all 9 of them …ok I’ll name check them – Brenda, Neil, Alastair, Evan, June, Andy, Ian, Jules & James.

As usual the event was held at the British Legion Club in Jesmond . It’s a great venue with ample free parking & only 5 minutes walk from the West Jesmond Metro station. The manager Joanne did us proud in providing 2 spacious playing rooms & the buffet for Saturday & Sunday.

34 backgammon addicts with nothing better to do on a Friday night rolled up at the club for the warm up event & a chance to win £100 . The prize was scooped up by Andy Marshall who beat Mark Calderbank in the final.

With a turnout of 62 players Saturday got underway with the Swiss rounds. It was good to catch up with & say hello to players from as far afield as Aberdeen & Brighton. Adrian Farthing travelled from Bristol, I bet that cost him a pretty penny ! ( I’m sorry Martin insisted I include this ) The good atmosphere & sportsmanship experienced during Saturday’s play left little for our TD Keith Gill to do but drink tea, eat biscuits & chat with his Honorary Assistant Rose Gallagher.

After hours of dice rattling we had our 16 qualifiers for Sunday’s Main Tournament & players retired to hotels , pubs or restaurants to gather themselves for the next day’s competition. Some hardened players were back at 8pm for the Doubles competition. It was strongly supported with 16 pairs entered to battle it out. This years winners were Tim Cross & John Georgiou who beat Gary Bratton & Radu Ciortan.

Sunday morning saw two previous champions in the last 16, Tim Cross & Simon Jones. Would either of these get to the final and what would be the odds on them both getting there ? Well as it turned out they did face each other in the final & this year it was Simon Jones who took his second Newcastle Open title – his first title was in 2013. Steve Bibby will make the final between Simon & Tim available on his You Tube channel for anyone wanting a taste of the action.

The consolation saw our esteemed Chairman Martin Barkwill pit his wits against Radu Ciortan – a member of the Romanian Team & winner of this years World Team Championship. Martin emerged victorious, and just because he is our Club Chairman there was no favouritism shown, although having Radu play blind folded & with only one dice did seem a bit unfair.

A mention for our youngest competitor & NEBA member Luca Mills who is 12 years old & with a fine performance made it through to round 3 of the consolation. The last chance was won by Rachel Rhodes after beating Kev Jones.

If anyone would like to make any suggestions or provide feedback both positive & negative on the tournament then please send your thoughts to : northeastbackgammon@gmail.com. The NEBA team hope you all enjoyed the weekend & look forward to seeing you next year.

When: 16-17 October
Where: Backgammon Studio Heroes

Sadly no live event this year, but with the support of the BFI there's an online edition... Swiss qualifiers Saturday leading on to knockouts on the Sunday. 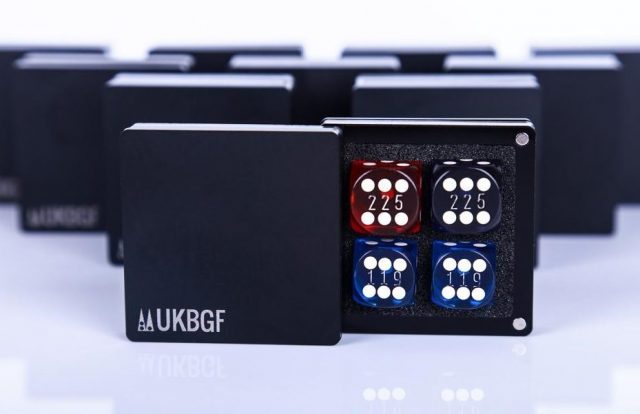